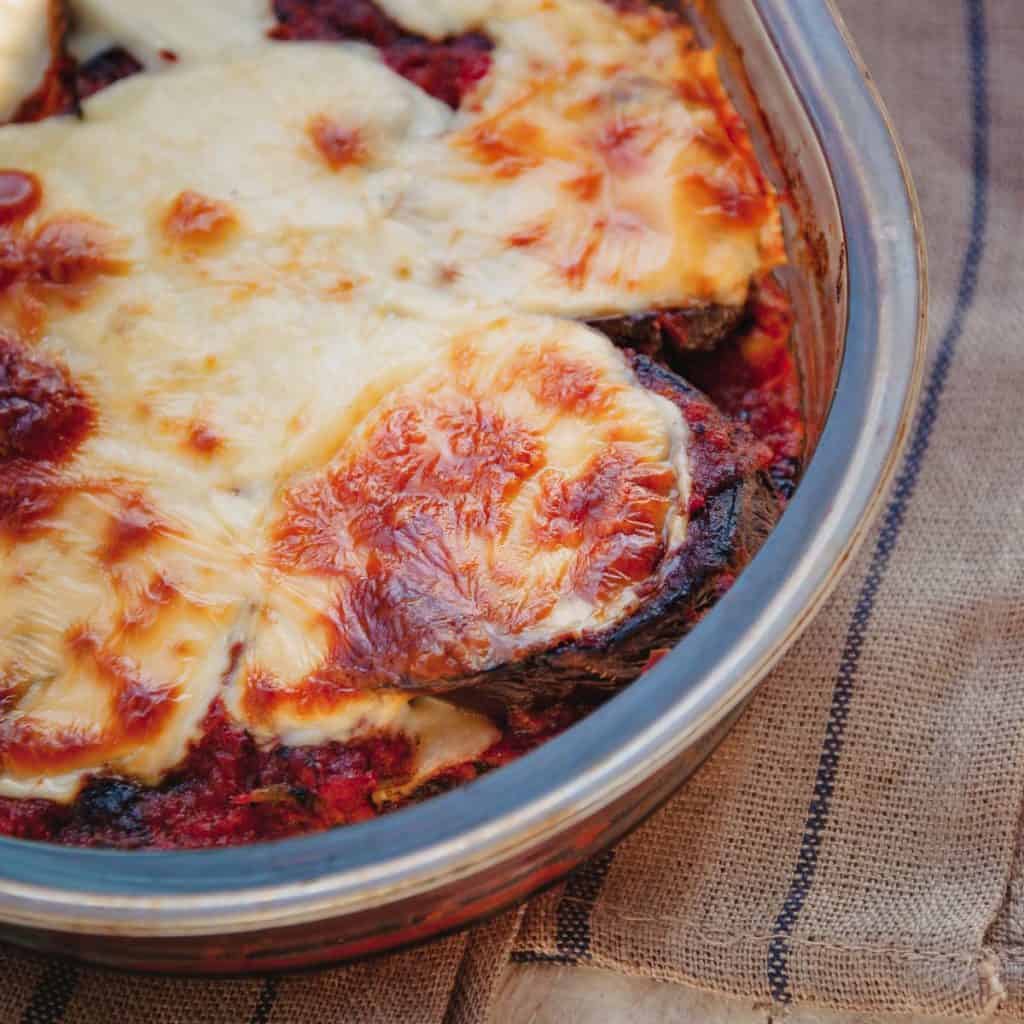 My husband Robert has been known for his delicious Eggplant Parmesan for longer than I have known him. I have been bugging him to give me the recipe so I could share it with you all, but since he never measures anything – and never makes the recipe the same way twice – it has been difficult.

So, one Saturday night when he decided to make this version of Eggplant Parmesan – with Sausage, Mushroom and Olive Marinara Sauce – I grabbed pen, paper and my camera, sat down at our kitchen counter while he cooked and recorded what he did. Upon finishing, he announced that this was absolutely the best version he had ever made! And it truly is scrumptious. Robert likes to serve it with cooked pasta and some of the marinara sauce on the side.

Eggplant Parmesan with Sausage, Mushroom and Olive Marinara Sauce is make ahead comfort food at its best! Breaded and fried eggplant slices are layered like shingles in two rows in a baking dish along with piquant marinara sauce, Parmesan and Mozzarella cheeses.

Vegetarian: Use plant-based meat Italian sausage (like Beyond Meat brand).

Make ahead: Eggplant can be prepared and baked up to 24 hours ahead, cooled, covered and refrigerated. Reheat in a 400 degree oven. Can also be frozen after baking. 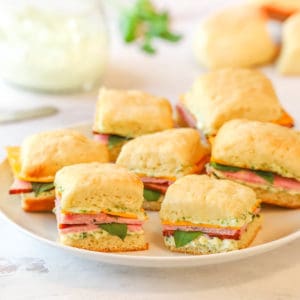 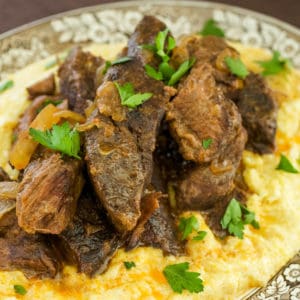 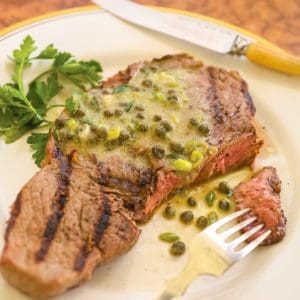 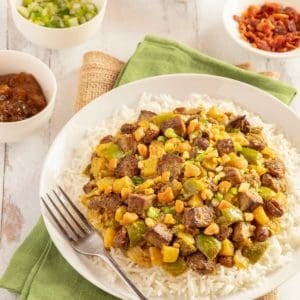