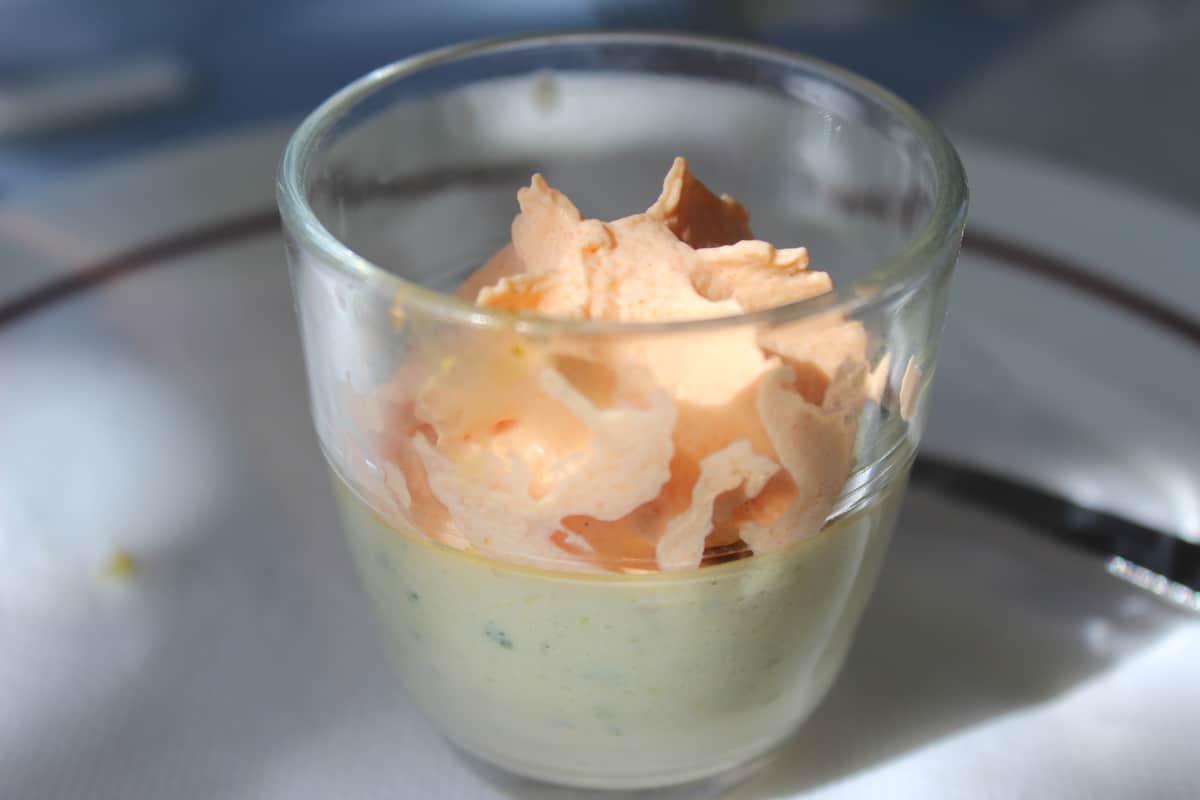 If you have read my last few blog posts – and/or the posts to my Facebook fan page – you will know that in September my husband Robert and I were in France and Spain on an incredible two week vacation, celebrating our seventh anniversary. We spent several days in the French Basque country with my college friend Beth and her husband Marc. During our stay with them, we all decided to make the 2 hour drive to Bordeaux and spend the night. It was definitely the right decision! Bordeaux is beautiful and very different from the southern Basque region. We had some memorable dishes that I want to share with you, along with details of our hotel.

First, here are a few shots of the beautiful cathedral in the heart of Bordeaux, next to which we had a lovely lunch: We decided to lunch at Le Café Français – the restaurant with the white umbrellas and black awning in the center of this photo, on the square adjacent to the cathedral and the Hotel de Ville: It was a beautiful setting, and the food was surprisingly good, considered we picked the restaurant solely based on location. First, the amuse-bouche was very pretty, and delicious too – zucchini mousse topped by a whipped tomato-crème fraiche: We were eating light, since we knew we had a big dinner coming up. Marc ordered the steak tartare. Now, I don’t often eat steak tartare but this one was amazing – the best I’ve ever had . . . . . . and a lovely tableside preparation, too: Here is Marc, quite pleased with his lunch order! I ordered the lentils, that were really like a garlicy lentil soup, served in a great copper pot: Robert ordered what he thought was going to be sort of a chef’s salad, that turned out to be a green salad together with yummy grilled ham and cheese that was wrapped in a very light, flaky pastry (obviously, something was lost in the translation, but it didn’t really matter because he loved it!): And, it was all accompanied by a wonderful, very light rose wine: After touring the cathedral, we headed to our hotel, Le St James. It was advertised as “nestled in a vineyard” or something like that. While that was technically true, we decided that the hotel planted the vineyards, so they could advertise they were “in” them. We didn’t have the impression this was an active vineyard, and there was no winery in view. The hotel is actually very pretty, on top of a hill next to the small town of Bouilac, just across the river from Bordeaux. Very modern architecture, with a well thought out design: By now it was time for cocktails – and more food! Probably the best part of this hotel is the view, especially from the lovely patio where you overlook the hotel pool, vineyards, then the river and across to the city of Bordeaux: So, that’s where we settled in for our cocktail: Now, some French bartenders know how to make a martini, especially those working at hotels at this level. But, unfortunately not at Le St James. After a lengthy explanation (in French no less!) as to what we wanted – vodka, shaken, no vermouth, slice of lemon peel, in a martini glass – we received a bit of vodka stirred together with a lot of sweet vermouth, in a wine glass, with lemon: Well, at least they got the lemon peel right! Lesson learned – in wine country, stick with the wine.

Here are the appetizers they brought us with our cocktails – these sort of marshmallowy cheesy squares rolled in coconut, along side some tomato gazpacho with breadsticks: I have to say our general consensus was that they were good, but not great. At this point, we were starting to understand why they had lost their Michelin star – and we weren’t even at dinner yet.

I didn’t take photos of our dinner, because it wasn’t fabulous enough to take the time to talk to you all about. The service was attentive, but in a sort of snobby way, and the food just wasn’t any where near the quality of other, much less expensive meals we ate on the trip. In sum, I think we all agreed that we would recommend staying at Le St James Hotel, but eating somewhere else. 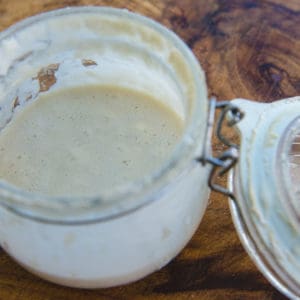 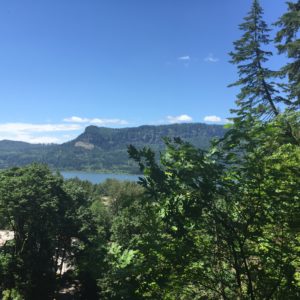 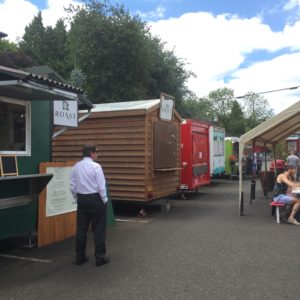 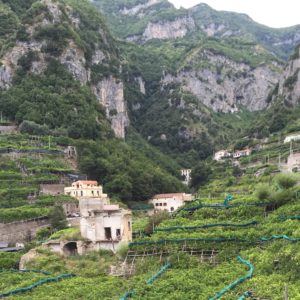