Get to know your tomatoes

Home » Recipes » Cooking Tips » Get to know your tomatoes

You say ‘to-may-to,’ I say’ to-mah-to’ – the root of our differences likely stem from the fact that there are more than 7,500 tomato varieties worldwide! About 130 million tons of tomatoes are produced annually every year. While China is the largest tomato producer, the United States and Turkey aren’t far behind. For just one variety, known as plum tomatoes, California accounts for 90 percent of U.S. production and 35 percent of world production.

The original tomato plants found in South America produced fruit not much larger than plums. The larger and heartier varieties of tomatoes favored by consumers were the result of cross-breeding and other hybrid growing techniques. A demand for smaller tomatoes resulted in the development of the ‘cherry’ tomato, which became a popular item for snacking and salads.

As the years rolled by and consumer preferences changed, the cherry tomato began to lose its appeal. Its thin skin and high water content made shipping difficult, and many consumers were not impressed with its variable flavor. Meanwhile, a new strain of tomato was created in Southeast Asia which combined the thicker skin of the beefsteak-style tomato with the size and flavor of the Italian Roma tomato. The result was a first generation hybrid fruit with a thick skin, low water content and an intense sweetness. Because it resembled an olive or grape, this new variety became known as the grape tomato.

A grape tomato is half the size of a cherry tomato, which makes it easier to toss into salads and eat as a snack. The lower water content cuts down on the ‘squirt’ factor experienced by many cherry tomato eaters. The flavor of a grape tomato is noticeably sweeter than a Roma or cherry tomato. Some bars in Asia offer customers bowls of grape tomatoes instead of the usual salted peanuts. 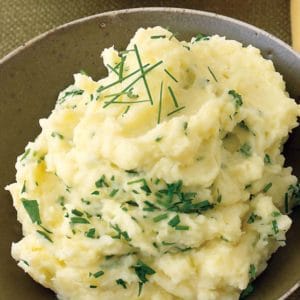 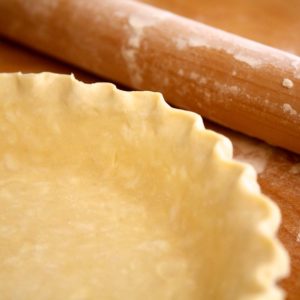 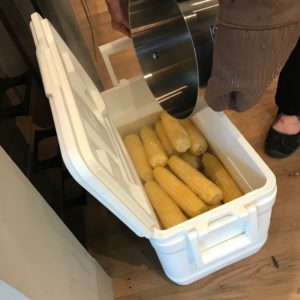 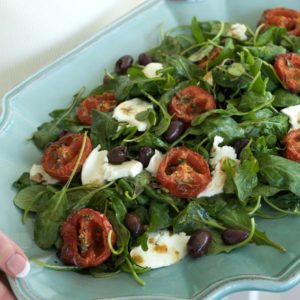 One Response to “Get to know your tomatoes”