Home » Recipes » Lee's Blog » The Saga of the Sourdough Starter 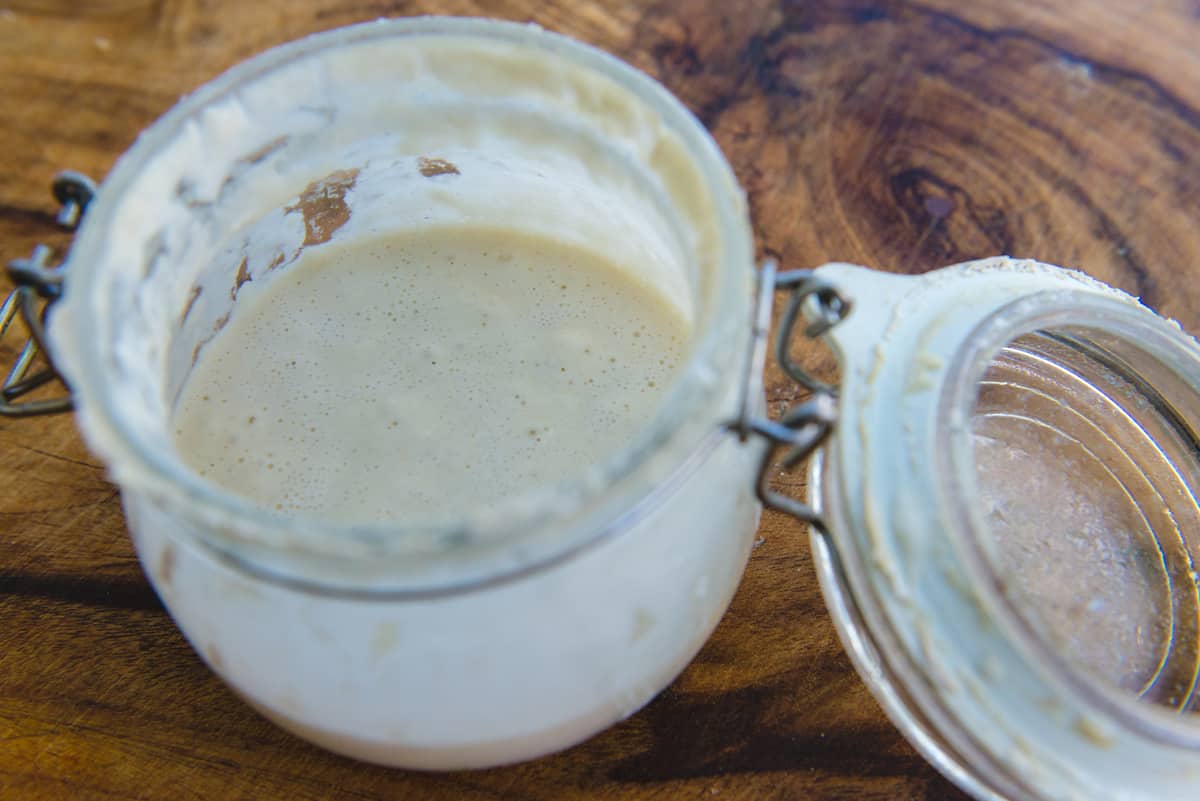 How we lost – and found – my grandmother’s sourdough starter

In honor of National Sourdough Day on April 1st, I thought it was the perfect time to share a fun story about my family’s sourdough starter, and how we lost it – and then found it again.

One October, I received a frantic email from my second cousin (or maybe first cousin once removed? I never have been too sure how that works), Sarah Kidwell, asking if I had any of my grandmother’s sourdough starter. You see, Sarah’s grandfather, my Uncle Bill, was my mom’s brother, and another one of the many home gourmets in our family. My grandmother “Nama” (Sarah’s great-grandmother), also was a fantastic cook and loved to bake. Family lore has it that back in 1933, Nama first created her sourdough starter, offshoots of which were eventually shared with her children – my mom, Uncle Bill and their older brother, my Uncle Dan. Over the years, offshoots of those starters were then shared with their children, and even grandchildren.

How we lost the starter

So, fast forward to around 2014. My cousin Beth, Sarah’s mom, has kept her starter alive all these years, which is a good thing since her husband Jim, yet another gourmet cook in the family, loves to bake sourdough bread. One day, Sarah was being helpful and decided to clean out the refrigerator. Not knowing what the starter was – it can look kind of ugly when it’s ripe – 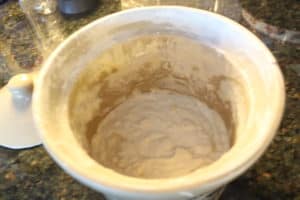 she thought it was something that had gone bad and threw it out. A few days later, when Jim went to bake bread, he was distressed to learn that their branch of the family starter was gone! Hence, the frantic email from Sarah to me.

How we found it

I didn’t have any more of the starter, so I started emailing and calling other family members to see who might have it. (Mom and my Uncles have all passed away.) No luck. I emailed Sarah and told her I would expand my search, but it wasn’t looking good. Then, a few months later, I was talking to my brother Jim (not to be confused with cousin Jim) and he mentioned something about the bread our childhood friend Mark Gordon likes to bake – and zingo! – I had another lead on the sourdough starter!

Now Mark is super busy, because not only does he own two ranches, he is also the Wyoming State Treasurer. So, not wanting to interrupt something important by calling, I fired off a text asking if by chance my mom had given him an offshoot of her sourdough starter. Hooray! She had! So we now knew Nama’s starter was still alive!!

As it turned out, it was in in January 2015 I found the starter again, and it just so happened that in February I was headed to Scottsdale, Arizona for a long weekend – and that is where Beth, Jim, Sarah and Sarah’s sister Becca live.  I just had to retrieve the starter from Mark in Wyoming and then figure out how to fly with it to Arizona.

First, the retrieval. My husband Robert and I drove from Denver and spent the night with Mark at his home in Cheyenne, Wyoming (around an hour and a half drive). Not wanting to miss out on a significant family event (“The Sourdough Starter Retrieval”), my brother Jim also drove up from Ft Collins, Colorado to join us. Here is the official “Passing of the Sourdough Starter” ceremony (two jars from Mark – one for me and one for cousin Jim!):

Our two families have been great friends since the 1950s. So, I thought I would also include two non-sourdough related photos  – the first one is of me, Mark and Jim when we were young (circa 1963), and then the second shot is of  the three of us on the evening of the Passing of the Sourdough Starter ceremony: 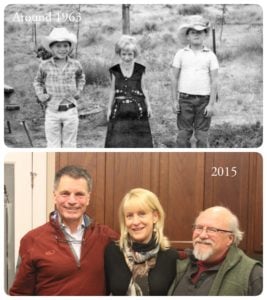 Now came the tricky part – how to transport the starter to Scottsdale? You see, starter is a living organism, and as it grows it expands. Plus, it’s sort of liquidy, so taking it in carry-on luggage could be a problem. Checking it, there could be risk that it would blow up if it got too warm – which could cause all sorts of problems. Plus, security might see it as bomb material. After lots of online research, here is what I did: shortly before I flew, I overfed the Kidwell’s newly created branch of the starter a bit (more flour than normal), which slows down its growth. Then, I put it in a plastic jar that was clearly labeled as to what it was (to avoid any inquiries by security). . . 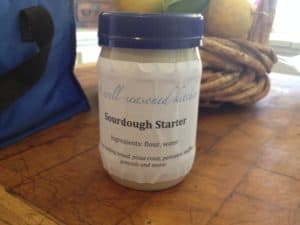 . . . .and put the jar inside 2 large zip top baggies. Then all of that was put inside a small insulated carry case with a freezer block. All of that went in the middle of my checked suitcase. 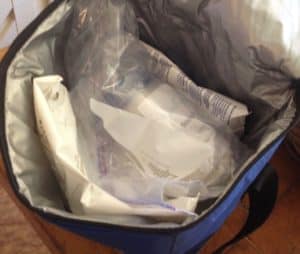 When I arrived at the Kidwell’s home, we had a little ceremony at which Sarah and I gave Jim his starter – the “Sourdough Starter Family Reunion”. 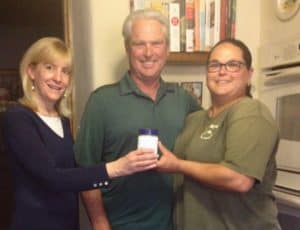 Jim is now once again happily baking away! And, the whole experience motivated me to start baking sourdough bread, too – and I am loving it, in part because I know that it has a bit of my mom and my Nama in it. It makes every bite taste like it’s filled with love. 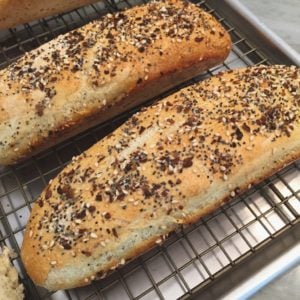 P.S. Many thanks to Mark Gordon for keeping our family history alive! 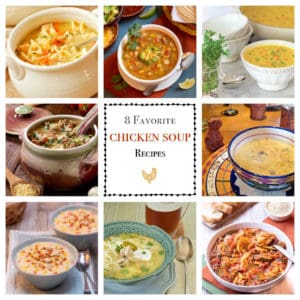 What to do with Thanksgiving Leftovers (20 Ideas) 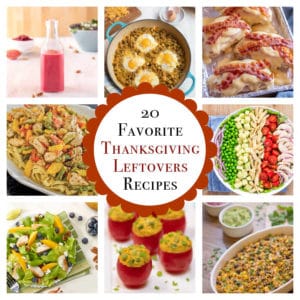 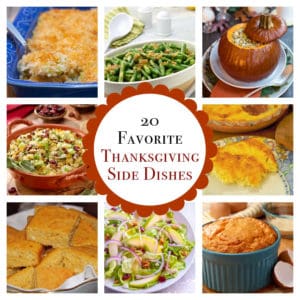 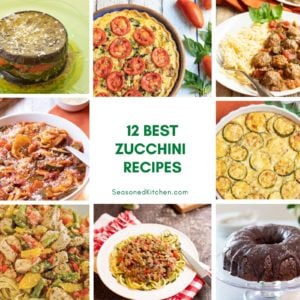