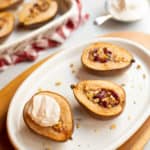 Pears with Cranberries, Walnuts and Cinnamon Whipped Cream is a quick and easy, impressive and scrumptious way to end any special meal! 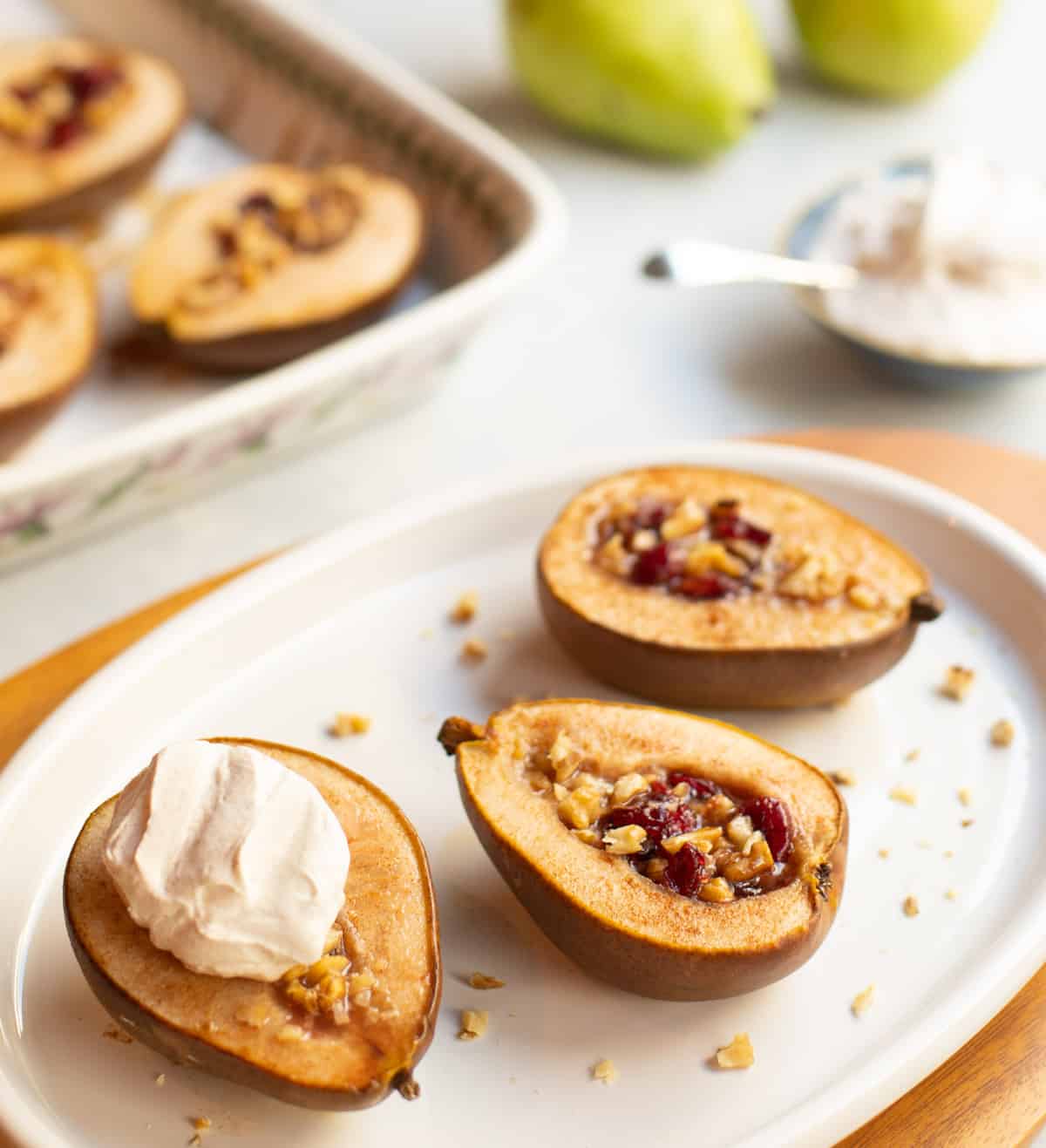 One summer, I was invited to Vail, Colorado to teach a private cooking class for a woman who wanted to be able to prepare a few easy, elegant dinners for friends. She didn’t have much experience cooking, so she wanted dishes with shorter ingredient lists, that relied on basic cooking techniques. I put together two special menus for her – one featuring fish and one with beef – and created this recipe for Pears with Cranberries, Walnuts and Cinnamon Whipped Cream as a dessert that would fit either dinner.

These pears are super easy to prepare: simply halve and core Anjou pears (I like to use a melon baller to remove the core), fill the now hollow core with dried cranberries and chopped walnuts, then drizzle with a lemon juice-honey-vanilla-cinnamon mixture and bake until tender and juicy. 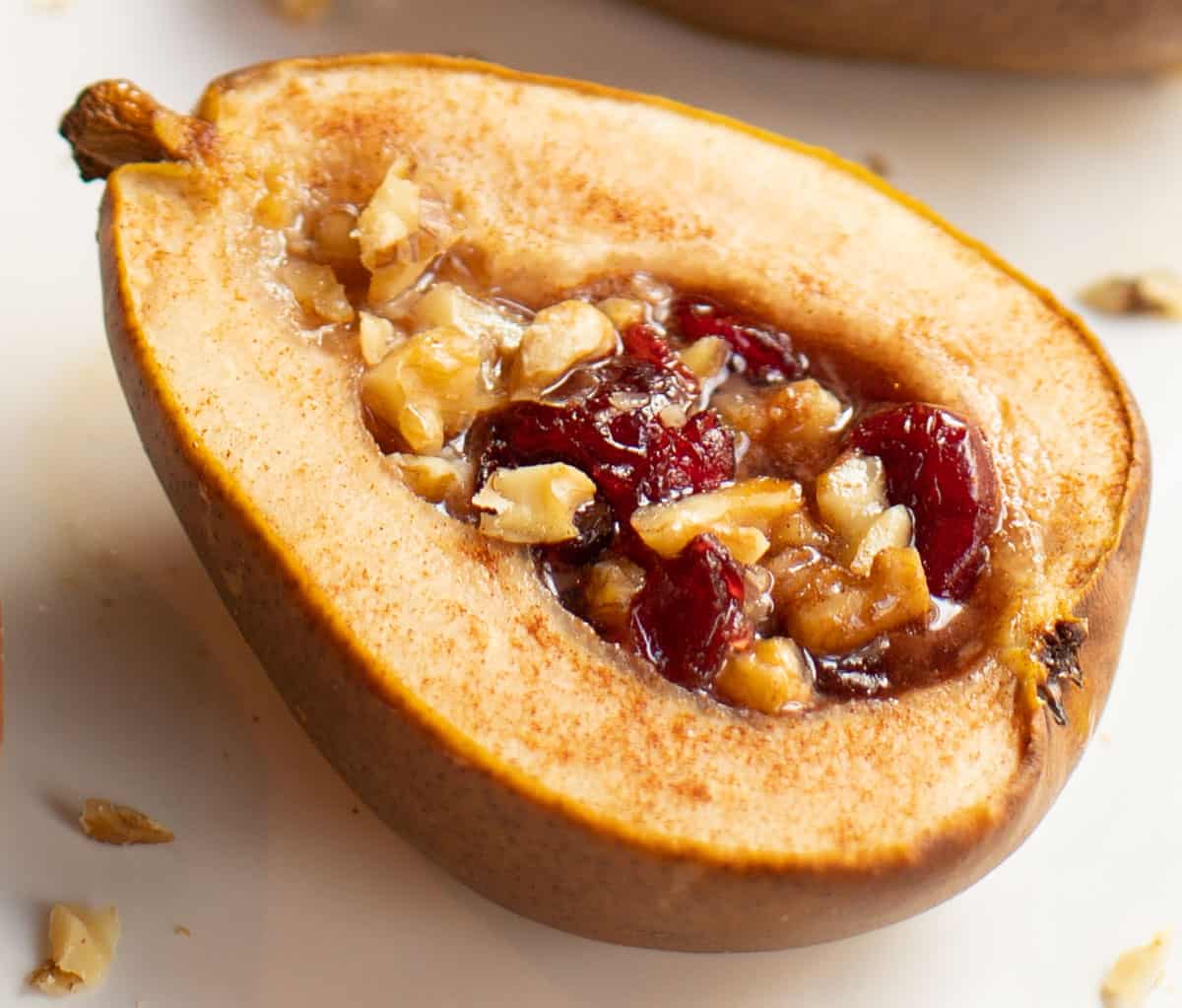 Lastly, top these delectable, pretty pears with an amazing cinnamon whipped cream. (I have a hard time not eating all of the whipped cream before serving the pears – it’s that yummy.) Sometimes I even amp the flavor up yet another notch and add rum to the whipped cream! 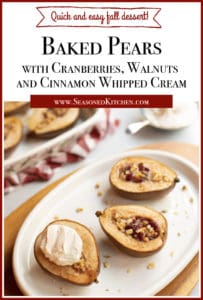 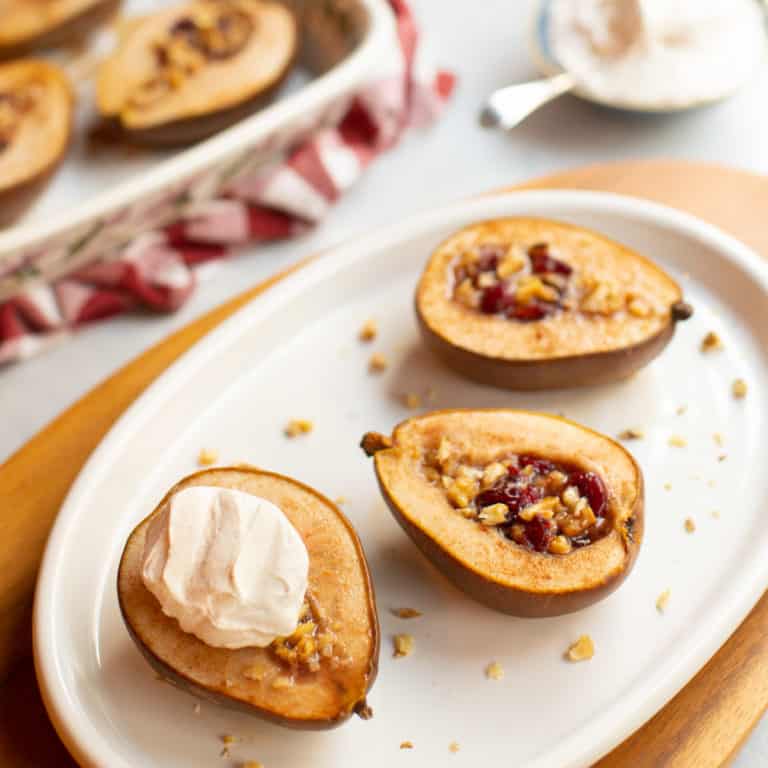 Pears with Cranberries and Walnuts

6 medium-to-ripe pears (preferably Anjou), cut in half (stem to base) and cored

Pears with Cranberries and Walnuts

Serve baked pears warm or at room temperature, topping each with a dollop of whipped cream.

Make ahead: Pears can be baked a few hours prior to serving, covered and kept at room temperature. I like to place them in a 300 degree oven to warm a bit before serving.

Note: Proportions for the cranberries and nuts are approximate, and depend on the size of the pears used. 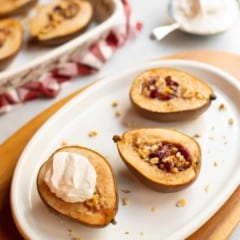