Baked Leek Gratin is easy to prepare, full of flavor, and great to make year round. Hard boiled eggs and sweet, mild leeks are baked in a luscious creamy cheese sauce. Plus, it’s flexible and can be served as a side dish or light entrée. Make it after Easter to use up all those hard boiled eggs, or as a side dish at Thanksgiving instead of traditional creamed onions. It’s also perfect as part of a Mother’s Day brunch!

I love this Leek Gratin recipe, which is straight from mom’s recipe box. What’s not to love – it’s comprised of hard boiled eggs, leeks sautéed in butter and a creamy Parmesan-Cheddar cheese sauce. Yum!

What is a Leek? What do leeks taste like?

Leeks are in the same family as onions and shallots, but are milder and a bit sweeter, which is why I love them in this gratin dish.

Green onions and leeks look similar and they are, in fact in the same family – just different species. While both have an onion flavor, leeks are milder and a bit sweeter tasting than green onions. And leeks are fatter and longer.

How To Cook Leeks Au Gratin

Here are the steps involved in making this amazing side dish:

Watch Video: How to make Leeks in Cheese Sauce

Watch this video to see how easy it is to prepare!

What to serve with this Leek Gratin

I love to serve this Leek Gratin on Thanksgiving – in place of the traditional creamed onion dish. In addition to roast turkey, here are some other dishes to serve it with:

Can I make this baked Leek Side Dish ahead of time?

Yes you can prepare the gratin earlier in the day, cover and refrigerate. Bring to room temperature, then pop it in the oven to bake just prior to serving.

How to store Baked Leeks with Cheese

If assembling the gratin ahead of time, cover and refrigerate. Bring to room temperature before baking.

How to prepare Leeks FAQ

How to cut Leeks

To chop leeks, first remove the dark green leaves and throw away. Next, cut off the root end, then cut in half lengthwise. Rinse well, making sure to remove all the dirt. Pat dry. Cut across the leek into slices, then chop the slices (it’s all in the video!).

How to clean Leeks

After removing the dark green leaves and root end, slice the leek in half lengthwise. Place under running water, gently fanning out the layers to get water inside and wash out any trapped dirt. Pat dry.

What part of the leek do you eat?

The white and light green portions are the best to eat; the dark green leaves can be tough and don’t have much flavor. 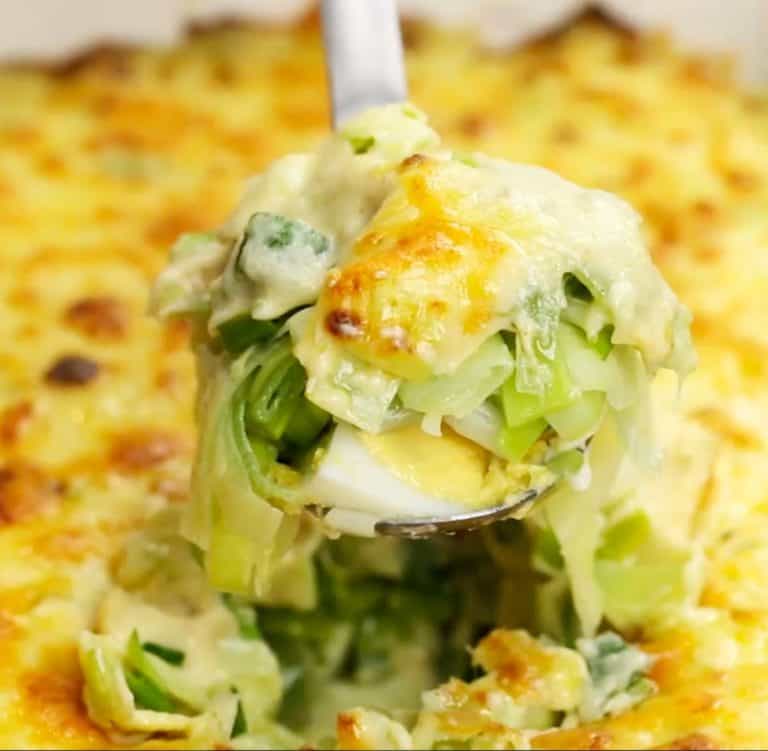 Make ahead: Gratin can be assembled but not baked up to 24 hours in advance, covered and stored in the refrigerator. Bring to room temperature before baking. 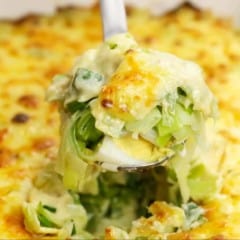