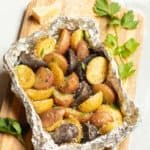 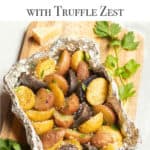 Grilled Potato Packets with Truffle Zest are the perfect side dish for you next barbecue. And, they’re super easy to prepare, too – no pre-boiling needed!

Truffle Seasoned Potatoes on the Grill

Ingredients and Supplies for Potato Packets on the Grill

Here’s all you need to make these potatoes:

And, for the garnishes:

When I first created these potatoes, I didn’t know about truffle zest. I love the oaky, nutty almost musky flavor of truffles, and have ever since I first was introduced to them on a trip to Italy. A month or so ago, I was in the Denver-based store Homefest, and discovered all these wonderful truffle products – truffle oil (check out my recipe for Cannellini Bean Dip using their Truffle Oil), truffle spread (that’ll be my next recipe!), and truffle zest.

Since I think truffle and potatoes are a perfect pairing, I decided to try Homefest’s truffle zest on my Grilled Potato Packets. And, I have to say, it’s fabulous!! That earthy, mushroom-y flavor definitely comes through, but more subtly than with truffle oil. You have to try it!

How do you use truffle zest seasoning?

There are many, many uses for truffle zest. In addition to grilled potatoes, sprinkle it on French fries, eggs, pasta, pizza – even popcorn. You can also stir it into sauces and soups. I recommend adding it shortly before serving, to maximize the truffle flavor.

How to Season Truffle Potatoes

To maximize their flavor, I add salt and pepper to the potatoes before grilling, then add the truffle seasoning, parsley and Parmesan cheese just before serving.

How to Assemble Grilled Potato Packets

These potato packets are super easy to prepare – just toss halved new potatoes with olive oil, salt and pepper, wrap up in foil packets and put on the grill. After around 30 minutes, take them off the heat, season with Parmesan cheese, parsley and truffle zest, and serve. That’s it!

Do you need to boil potatoes before grilling?

Because this recipes calls for small new potatoes, and because we’re cooking them inside a foil packet, it’s not necessary to boil them first.

What temperature do I grill potatoes?

I find these potatoes cook perfectly over medium heat, or around 350 degrees.

How to Serve a Truffle Potato

These potatoes can be served by taking them out of their packets, garnishing then placing in a serving bowl. Alternatively, leave them in their packets, sprinkle garnishes on top and serve.

If you have grilled potatoes leftover, place them in a sealed container and refrigerate. They will last for 3 to 4 days. To reheat, bring to room temperature, place in a baking dish in a 325 degree preheated oven for around 10 to 15 minutes.

Grilled Potato Packets with Truffle Zest are the perfect side dish for you next barbecue. They’re easy to prepare, too – no pre-boiling needed! 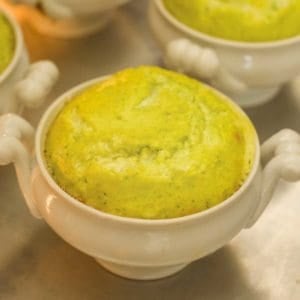 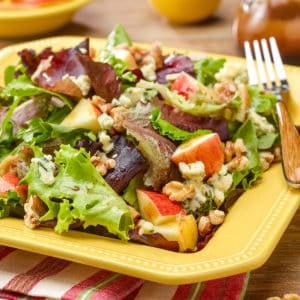 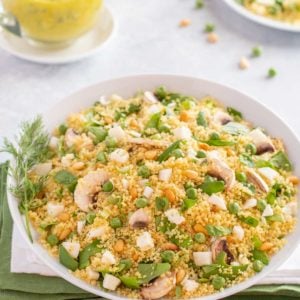 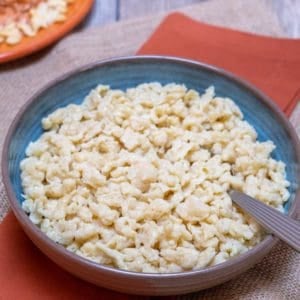