Home » Recipes » Cocktails and Beverages » How to make a Cosmo Martini

Cool and refreshing, a Cosmopolitan Martini is the perfect treat on a warm summer day. With their pale pink color, Cosmos (as they are called for short) just look like summer in a glass! Developed with input from experienced bartenders around the world, my Cosmopolitan recipe is time tested to be perfect, every time.

I first started drinking Cosmopolitan Martinis back in the 1990s, when they became famous thanks to the HBO TV series Sex in the City. They are so pretty – a pale pink cloud inside a sophisticated stemmed martini glass. And, with a garnish of green lime, I felt like I was back on Martha’s Vineyard, where I spent a summer during college. (All those bright pink and green summer dresses!) They are the perfect summer drink – cool, clean, fresh tasting, with a perfect balance of tart and fruity overtones.

How I found the perfect Cosmopolitan Martini recipe

When I first started drinking Cosmos, as they are called for short, I discovered that occasionally they didn’t look – or taste – quite right. Sometimes, they were a darker red, and sweeter. Other times a bit sharp and bite-y. So, I started talking to bartenders about their classic Cosmopolitan recipes. As I was traveling a lot on business at the time (1990s), I was able to obtain input from professional mixologists around the country – and even in Canada, England and France.

I took all those various recipes home and started experimenting. Once I hit on a combination I liked, I tried it out on a few friends, then tweaked the recipe based on their input. Why did it take so much effort for such a simple recipe? Well, because just a slight change in an ingredient – like using Triple Sec instead of Cointreau – has a big impact on the taste. While both liqueurs are orange-flavored, in my opinion Cointreau is smoother and less dry – and therefore better in a Cosmo. (As you may recall, my husband uses Cointreau in his Vodka Martini with a Twist.)

What’s in a Cosmopolitan Drink?

Also, fresh squeezed lime juice is an absolute must – no substitutions! It adds just the right amount of sharpness to balance the sweet cranberry and Cointreau.

What alcohol is in a Cosmo?

The two alcohols in a Cosmopolitan Martini, or Cosmo, are vodka and Cointreau (or other orange liqueur). While some bartenders follow the original Cosmopolitan recipe created by Toby Cecchini at The Odeon in NYC and use Absolut Citron, I prefer the slightly less citrusy flavor of my version, that doesn’t use a flavored vodka.

What is the best vodka for a Cosmopolitan?

It’s really personal choice. My husband Robert and I like Tito’s – it has a nice flavor and is reasonably priced.

These tips come from my husband, who is known far and wide for his wonderful martinis!

Can this recipe be made in a pitcher?

Yes, you can make these Cosmopolitans in a pitcher. Fill pitcher with ice, add ingredients and stir until well combined – at least 15 seconds. Strain into chilled martini glasses. If there is still some Cosmo mixture left in the pitcher, remove the ice cubes – otherwise they will dilute the mixture.

What is the difference between a Cosmopolitan and a vodka cranberry?

A Vodka Cranberry, also called a Cape Codder or Cape Cod Cocktail, only has the two ingredients – vodka and cranberry. In a Cosmopolitan, you also add orange liqueur (I like to use Cointreau) and fresh lime juice. And, a Cape Codder is served over ice, while a Cosmo is served straight up (no ice).

Pin this recipe now to save for later! 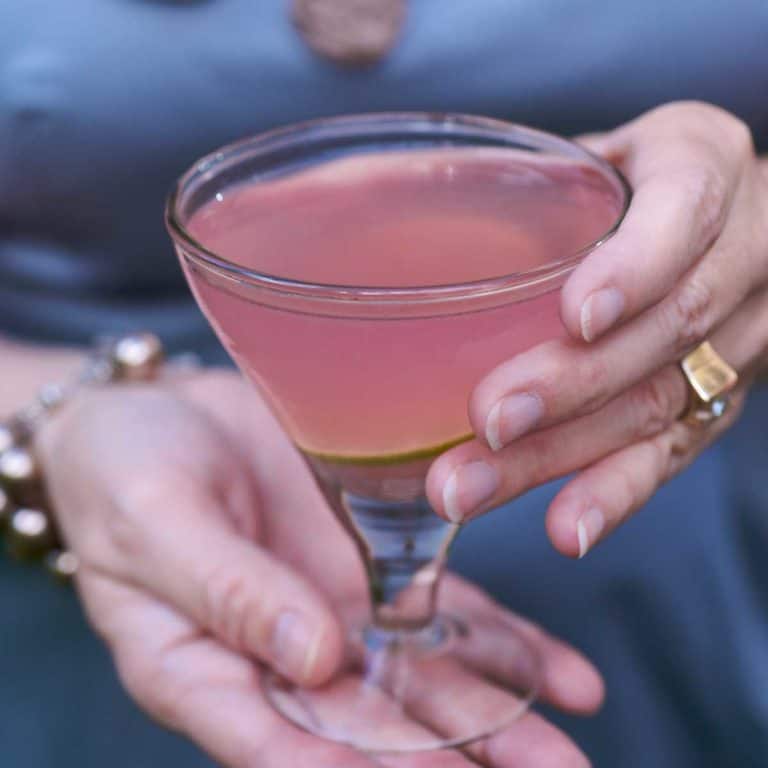 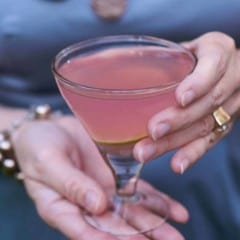